The first is the erection of plastic insect nets according to the height of fruit trees to set up the column, the column must exceed the height of the fruit tree more than one meter five. The horizontal direction of the steel pipe is set every 20 meters in the horizontal direction and the bottom is to be irrigated with cement. The depth of the irrigation cement is about 70 centimeters. There is also that our anchors should be fixed to the ground so that they can guarantee the stability and stability of the columns. The anti-bird net erects a grid of horizontal and vertical wires connected to one another. After the two ends of the wire are fixed, the wire must be tightened with a tightener, and then fixed, and the next step can be used to frame the net.

There is also we need to follow the pace to wear nets. Put the mesh on the shelf and fix the two edges of the mesh line. First, wear the net of Skynet, open the plastic insect net, find the width of the net, and use the net line to put the grid on. We must also pay attention to installing the reinforcement edge. For more information, please continue to follow our website.

3. Insect nets make full use of the existing facilities in the area to cover cultivation. When using shades to cover shade in the summer, it is not suitable to cover the entire shed. Generally, 1 to 1.5 meters of the shed side is not covered with insect nets to prevent rotting; floating surface is covered with insect nets. Generally, it is limited to vegetable sowing after germination, and should be erected immediately after emergence and replaced with shed type; When covering, the width of the insect-proof net should be left with sufficient space. After the cover is covered with a nylon rope, the insect-proof net should be tightly fastened and secured tightly to prevent it from being blown off by the wind.

Therefore, the insect net is best to have a certain space away from the greenhouse film, so that it is conducive to the growth of greenhouse plants.

When we cover insect nets, it is very important to adopt a scientific coverage method so that we can get good results. 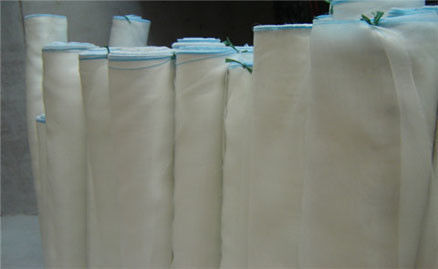